These momentary onscreen sounds are known as hard effects. In most films, you’ll more often hear unassuming hard effects like a door closing or a car pass-by. They’re typically things on screen making a sound for a short period of time.

That sound could have just been a shotgun going off in a hallway, but there’s a lot going on in that blast. And it’s not there just so it can sound massively cool—it’s all there for a reason.

Arnie shoots that same gun 6 more times afterward, but it’s not the same as that first massive blast. The subsequent shots are more bare. They don’t have the canyon echo and the other accoutrements. That’s because that first shotgun blast needed narrative weight.

We, as the audience, have some revelations when that shotgun is first fired:

We see the first literal collision of Terminators searching for John Connor
Arnie wasn’t trying to kill John
That cop we had a weird feeling about is probably a bad guy
That bad guy cop is probably made out of liquid metal
For all those reasons, that first shotgun blast was important. That first shotgun blast needed its close-up in sharp focus. The thoughtful, layered sound design smacked a huge exclamation point on that turning point in the story.

Just like a production designer arranges things in the 3-D space of the set, and makes it interesting to look at, I’m essentially doing the same thing with the 3-D [aural] space of the theater.

You can’t just tack on this kind of impactful sound design in post-production as an afterthought.

In most cases, it’s the writing, staging, and editing of the scene which allow for that kind of layered, meaningful sound design to happen. It’s important to know that most great sound moments are actually born from the writing and directing. It’s a whole other topic I should cover at a later time. 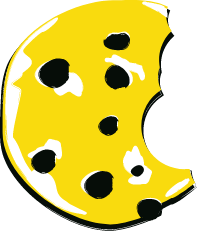